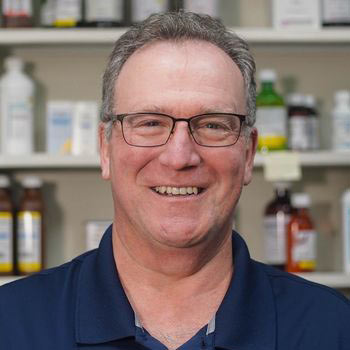 On February 7th, 2014, Mike began as a staff pharmacist at Medical Plaza Pharmacy.

Mike is a 1981 graduate of Kossuth High School and a 1983 graduate of Northeast Mississippi Junior College.

In 1986, Mike earned his Bachelor of Science in Pharmacy from the University of Mississippi.

Mike and his wife Rhonda, of Belmont, have been married for thirty-three years. They have one son, Austin Bonds; one daughter, Chelsea Wells, her husband Kalim, and their son Griffin who is two.

When Mike isn’t working, he enjoys hunting and fishing.

When asked what he liked most about working at Medical Plaza Pharmacy, Mike said he felt as if we are “families serving families”.